The History and Interesting Facts of the Rules of Golf

The game of golf is believed to have originated in Scotland during the 15th century. In this era, the game was played on a course with no set boundaries or holes. The players would take turns hitting a ball as they walked around the course. This form of golf eventually became too complicated, and it was replaced by a different version of the game that was played on a course with 18 holes and predetermined boundaries.

This new version of golf became popular among members of the upper class in Scotland and England during the 18th century. At the time, golf courses were designed specifically for these wealthy members, who would play their rounds at leisurely speeds while using caddies to carry their clubs and balls.

The Rules Of Golf

The Rules of Golf are a set of rules used to play the game. These rules are written by the Royal and Ancient Golf Club of St. Andrews in Scotland, and they have been in effect since 1754. Today in conjunction with United States Golf Association (USGA), the rules are maintained and updated as needed to continue improving the game. The Rules of Golf are used as the standard, almost unanimously, for competitive play worldwide.

What is The Royal and Ancient Golf Club of St. Andrews?

The Royal and Ancient Golf Club of St. Andrews is the world’s oldest golf club. It was founded in 1754 and is located in St. Andrews, Scotland.

The Royal and Ancient Golf Club of St. Andrews initially consisted of a group of golfers from Edinburgh who wanted to establish a new course on the east coast of Scotland. They were looking for somewhere to play during the winter months when there was no grass on their home course at Musselburgh Links due to its proximity to the sea. A proposal was made to the Town Council of Musselburgh, which was accepted, to build six new holes on what is now part of the present-day East Links. In 1834, James IV of Scotland granted a lease for 999 years to “The Royal and Ancient Golf Club and its successors” on the condition that it remained an amateur golf course.

What is the United States Golf Association?

The USGA is the governing body for golf in the United States. It was founded in 1894 and is headquartered in Far Hills, New Jersey. The USGA has a variety of programs for golfers of all ages and skill levels, including youth, amateur, collegiate, and professional competitions.

The USGA is a golf organization that has grown to become one of the industry’s most recognized and respected names. The USGA has been the leader in developing innovative courses, fostering national competitions, and introducing new equipment, including golf carts and tees. The organization now has a full-time staff of more than 120 employees who work on all aspects of golf and golf course administration to answer questions and maintain The Rules of Golf.

How Many Rules Of Golf Are there?

The short answer – is 24; however, the Rules of Golf break down each rule in extreme detail and provide examples for each situation. Suppose one includes the Rules, breakdowns, and clarifications, the Rules of Golf total over 165 pages covering every aspect of the game. The example clarifies the ruling to ensure that it is easier to implement when needed and maintains consistency around the reviewal process to determine if a rule was broken.

What Are The 24 Rules Of Golf?

Directly from the USGA – Here is the complete list of sections and Rules to be enforced while playing the game of golf: 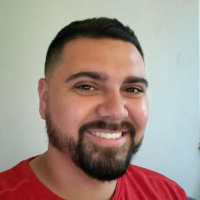